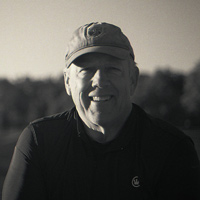 When I share the idea of riding a bicycle 1826 miles, I usually get one of those “are you nuts” looks from just about everyone. It was the same look I gave my friend, Isaac, who envisioned the ride concept in the first place. It didn’t take me long to buy in as I pondered the notion of riding across America to expand the dialogue regarding depression and suicide. Isaac, my partner in this adventure, is one of those special people who has found ways throughout his lifetime to inspire and motivate folks to pursue things that…too most…just seem too farfetched.

This country’s journey to better understand mental illness and its effects on a substantial number of people has miles to go. Our society doesn’t allow enough opportunities for those who are struggling to readily reveal their illness and easily get treatment without barriers. It’s not in our nature to admit that we have depression, and our families naturally try and keep it quiet during therapy. We must change the conversation and establish the fact that depression is a serious mental illness. We must give it the attention that it deserves when it comes to eliminating the stigma surrounding those who suffer and those who have lost loved ones to suicide.

As we ride from Minnesota to Louisiana, I’ll share Jordan’s story proudly and share all her wonderful attributes and stories with those that we meet in every community we visit. We’ll talk about the extraordinary young lady who always focused on helping people around her, near and far. We’ll talk about Jordan’s foundation and the important work it’s doing in the North Texas community that’s focused on depression research and suicide prevention programs. We’ll also expand on the idea of how other communities might mimic our efforts. Most importantly, we will listen to others who want to share their story.

We do this ride in honor of my daughter, Jordan Elizabeth, and the thousands of people who are struggling today and who have struggled in the past. 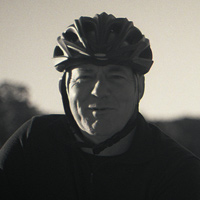 I remember exactly where I was when I received the call informing me that Jordan Elizabeth Harris had died. What I couldn’t rationalize at the time was how this incredibly special young woman, whom I had watched grow up and who was the light of so many people’s lives, could take her own life. Twenty months later, a young man at my sons’ high school took his as well. Two years after that, 16 Paschal High students signed a suicide pact and two of them actually took their lives before an intervention team funded by the Jordan Elizabeth Harris Foundation stepped in.

I am riding because I don’t ever want to go to another funeral for a child who has been so overwhelmed by darkness that taking their own life would be the only option.

I come from a long line people who have wrestled with depression over the generations. I wrestled with it through much of my teens and early adulthood; I know full well its depths and its impact. I am fortunate that with the help of friends and by what I used to call running-to-daylight, I kept the darkness at bay. I have been fortunate that my family has thus far been spared. We are the lucky ones. As my wife, Libby, likes to say about southern families, “Yall’d much rather sweep something unpleasant under the rug than deal with it head on.” The Light the Trail ride is my response to this deadly notion of denying depression’s existence. It’s time to do something about it.

Everyone has a story. Our ride is about making it ok to share those stories. We need to “bring the conversation to light” along our route and around the country with this ride. We want to put an end to the tragedy and the stigma and to eradicate suicide as an option. When confronted with the choice of darkness or light, I am riding because I choose light and life. I hope that others will follow. 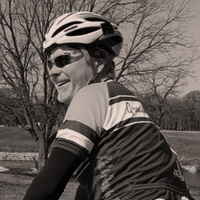 It could have been yesterday, but it was not. I will never be able to wash from my memory the call I received, now over 20 years ago, from my now oldest sister telling me my then oldest sister, Susan, had taken her life by suicide. Devastated doesn’t quite capture the sadness and intensity of emotion I felt at that moment. Seeing in the days and years ahead how it impacted my parents, my siblings, and other family and friends was difficult to say the least.

Over time, I have strived to overcome the loss of Susan, mitigating that challenge with ‘acts of healing’. I do my best to look after family, friends, and others with greater intention, I cherish each day more fully, and I seek opportunities to help create more awareness around the reality of mental health disorders in the lives of many. I was blessed to find and come to know the work of the Jordan Elizabeth Harris Foundation.

My hope is that the ‘Light the Trail’ ride serves as a celebration of life and an opportunity for more people to feel comfortable in ‘bringing the conversation to light’, talking freely and sharing the truth about how they personally or how loved ones are impacted by mental health and suicide. I believe sharing our stories, knowing we are not alone in our grief and healing, is one way to ‘Light the Trail’ about depression and anxiety and help prevent those that we know and love from choosing suicide. ​ 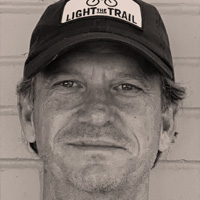 Lezlie Culver, my wife and Madalene Culver’s Mother, introduced me to Tom and Ellen shortly after they lossed Jordan to suicide. They started the Jordan Elizabeth Harris Foundation with the goal to bring the conversation to light about mental illness, suicide and provide any and all resources available to prevent suicide. Their dedication is tremendous and they are making a serious impact on suicide prevention and awareness. There is still much work that needs to be done.

Lezlie also dreamed of the day the stigma of Mental Health issues and Suicide would be erased. Every day she woke up and worked on removing that stigma….every day. Her journey started back when her Mother passed by suicide, then she lost her sister to suicide as well. This resulted in Lezlie starting LOSS (Local Outreach to Suicide Survivors of Tarrant County) and working with special, special people dedicated to Suicide awareness and prevention..such as the Jordan Elizabeth Harris Foundation.

I ride for Lezlie, her Mom Mary, her sister Dayna, Jordan and all the people that have lost loved ones to suicide, most importantly my wonderful daughter Madalene. Mental Illness is real, it impacts us all differently and it should be discussed. Everyone of us will have different degrees of mental illness in our lifetime. Suicide and suicidal thoughts are linked to Mental Health issues. Suicide is not inherited, it is not in your DNA, the thoughts should be discussed and it can be treated and prevented. There is still much work to be done, please support us any way you can. 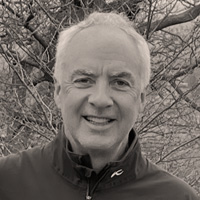 Many thoughts go through my mind as I remember the portion of Light the Trail 2017 that I rode with Ellen, Tom, Isaac and Libby. Our family story started a number of years before that ride with a doctor entering a visitation room and asking three questions, “Have you thought about suicide today? Do you have a plan? Have you acted on it?” I was stunned. That day I began a journey that eventually led me to a place where I better understand the depth of the pain that some endure as a result of depression. It took a number of years, but this journey did lead to a place where I could be of help. The shocking thing however, is that the issues and problems I began to understand were unlike any that I had been exposed to before. As a husband, or as a father, or as a former coach, or even as a small business owner, the type of problems that I had faced to that point were by comparison routine and everyday occurrences which could easily be solved. All I needed was a bit of focus, some hard work and maybe some patience. If the problems were difficult, then there was always a readily available network of friends, or family members, or business associates who could assist. However, I had never been exposed to the medical, physical and emotional issues surrounding depression and suicide; including how few people are willing to talk about these topics. And this is why The Jordan Elizabeth Harris Foundation has shined over the past ten years; they understand, they care and they listen.

During my short LTT tour, when someone heard about why we were riding, EVERYONE shared their own story. They were relieved in many ways to be able to tell someone else. They were empowered to know that they were not alone. And an amazing aspect of this is that the sharing of these stories was not limited to quiet places where no one else could hear. People shared on the side of the road, at a motel, at a gas station, or at a local diner. People wanted to talk and people wanted to connect. The memories were close, the wounds were deep and the emotions were raw. In many stories we also heard gratitude and relief. They were relieved to be able to share with someone who would listen and who might in some small way understand. And while the 2017 ride was successful in so many ways, more work remains to be done and many more people are out there that need to share their stories.

I am participating in the 2022 ride, for a number of reasons: 1) to support those who are doing the hard work to help others that are suffering the loss of a friend or a family member, 2) to show to those who suffer from depression that they are not alone, and that many are willing to listen and to help, and 3) to tell more people that depression is common but that suicide does not have to be.

Thanks for signing up!