Jerry was the husband of my cousin Edna…

Jerry was the husband of my cousin Edna and the father to two beautiful daughters and 5 grandchildren that he loved dearly. He was a fun loving, generous and caring man who struggled for many years with depression. With the love of family, he was able to address the issue until it became too much of a burden.

Jerry was a glider pilot. He loved the silence of flying without the sound of an engine. It was always on his bucket list to get his pilot’s license. He got his glider pilot license and enjoyed flying for many years. It gave him the peace and relaxation he needed.

Jerry loved Halloween. He would spend hours hollowing out pumpkins for the yearly family Halloween carving contest get-together. He hollowed out a pumpkin for each grandchild and family member. It was a fun contest for the best pumpkin face. Jerry loved family time.

Thanksgiving with family was his favorite. He was always the one to carve the turkey. He ate almost as much as he carved. It was a family joke that his turkey dinner was consumed while carving the turkey.

Jerry lived in many placed in the country. He especially loved living in Alaska for 3 years with his wife. Not a weekend went by without them visiting most of the beautiful state of Alaska.

Jerry always had a hobby whether it be his motorcycle riding, off-roading, model airplanes, or astronomy. He knew every constellation and loved taking his friends and grandkids to the mountains to see the stars with his telescope. He gave up his fight on that very mountain and is missed dearly by all who knew and loved him. 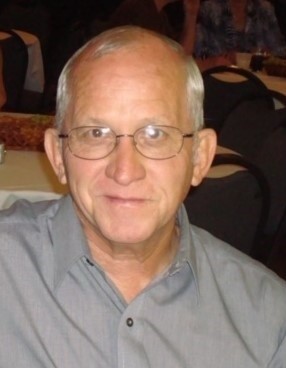