This is the speech that I shared at Charlie’s memorial service:

Hello. For those of you who do not know me, my name is Mack Izard. Charlie and I were pledge brothers with Kappa Sigma at TCU.

When our pledge class was formed at the start of our first year, there were three Charlies so naturally, none of them when by “Charlie”. He was Steve, Chuck, or glasses to some.

I love my fraternity brothers like they’re blood, but I can think of few members who are truly loved by all. Charlie was among those few.

Charlie had a naturally inclusive and humble attitude. He used differences to create connections. He never had a problem branching out to meet new people and was happy to include them in our activities.

I graduated from Woodberry in 2019 so I never imagined I would be standing at the front of this chapel. I don’t think Steve’s surprised. I’d bet he’s looking down with his bright smile of his. From the first time we met, we’d have our banter about the game, but he saw our rivalry as point of friendship rather than competition.

Charlie’s excitement was contagious. He was a genuine, passionate guy. He often brought the PC together through his passion for sports and social events. He was always happy to help plan and provide suggestions and would go all out dressing for themed events. He constantly encouraged us to attend home games for any sport and always had games on in his living room while dressed out in his TCU, redskins, nationals, or capitals gear. I never thought I’d find myself cheering for the Redskins but sometimes it was hard not to when you saw the intensity he showed for his teams.

Charlie was a crucial member of our pledge class. His humility, kindness, and inclusiveness were great strengths that came easy to him. He kept us united as a positive group on campus. Even while struggling beneath the surface, Charlie still showed up with a smile on his face to spend time with friends. I fear he may not have known how strong he was and how important his contribution has been.

A few weeks before Charlie passed, I found myself alone in Edenborough reading a quote printed on a wall. I’m not sure what compelled me to write it down, but I revisited it later and thought of Charlie. The quote reads as follows:

“Rue not my death. Rejoyce at my repose, it was no death to me but to my word. One bud was opened to let out the rose. The chain was loosed to let the captive go.”

Charlie always had a beautiful way with words and I’ll miss our conversations. He was also a captive in a prison unseen by most. His disease drove him to free himself in the worst way and I wish it could’ve been us that rescued him.

Most of us never knew about his mental captivity and I hardly blame him for keeping it to himself. There’s a stigma that men can’t talk. Because it’s really hard. It’s not easy to open up and make yourself vulnerable. These past few weeks have been among the hardest of my life, and while I’ve talked to some of my guys, I don’t know how to articulate what I’m going through. But I would much rather awkwardly figure that out than come to another one of these.

To my Kappa Sig brothers here today and anyone else struggling, I will tell you, I need you in my life now more than ever and if you find yourself captive in a mental prison, say the word and I’ll be there with the cavalry to bust you out. I pray that god give us all the strength we need to carry on and honor Charlie’s memory. 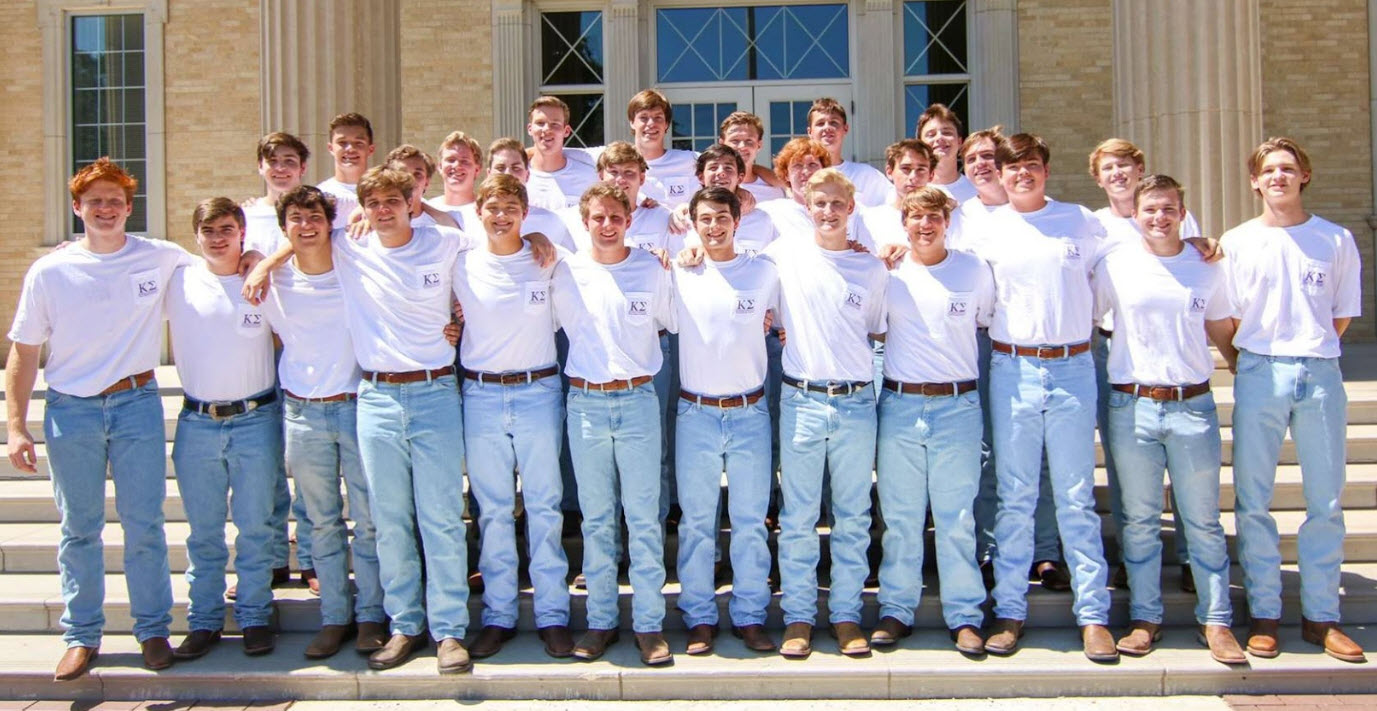